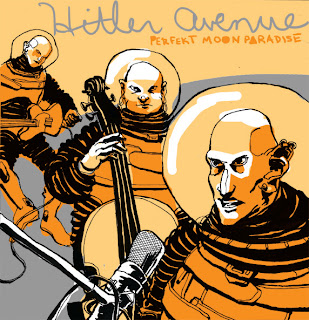 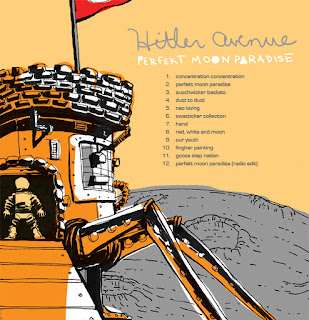 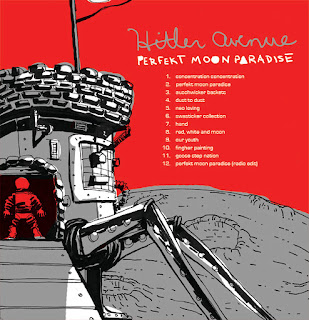 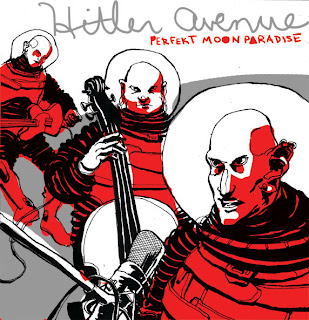 We have a CD cover assignment for Thom Glick's class. For the band name, we're supposed to pick the name of our first pet and the street we lived on as a child. Mine is Hitler Avenue. Hitler being the name of a dog my uncle used to have (I have no idea who named him), and Avenue, being the second part of JK Avenue, which is the street I lived on. And I didn't wanna use the JK part of it.

And the album name is supposed to have something to do with astronauts. So here it is. Hitler Avenue's debut album, Perfekt Moon Paradise. Here are some color studies.
Newer Post Older Post Home