It was night time. I was a little girl that had been raised to be an assassin or at least some kind of weapon. I was walking through a warehouse with some friends who had been good to me. I don't know if they were also assassins-in-training. But we were afraid because we knew we were being followed, then somehow we got split up.

I was suddenly all by myself in this warehouse that looked a lot like the inside of a Lowes, but more under construction. I knew I was being followed, and a chase scene resulted afterwards. I don't remember much of the chase, but I think I may have killed a lackey or two.

Eventually I found my way outside, where my friends showed up in a beat up white van! I was glad to see them, and we drove away from the awful warehouse and away from danger, or so we thought.

Along a country road, some children began appearing beside the vehicle, flying in a standing position right next to us, keeping up with the van and glowing a light lime green. They must have been sent to destroy us, and we tried our best to knock them out of the air by swerving the van into them. 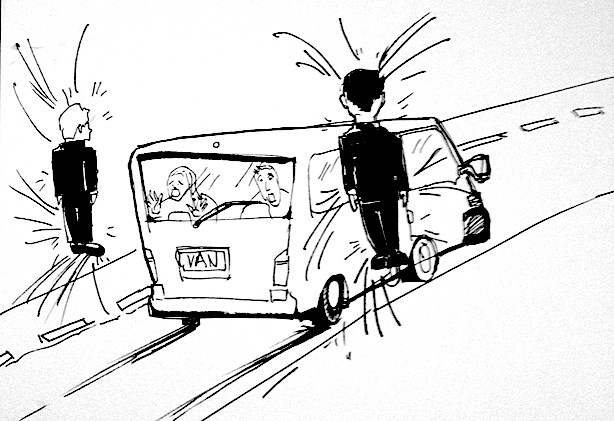